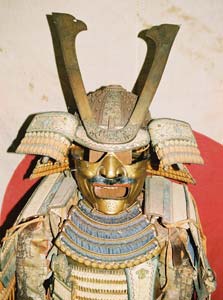 Not all the warriors of historical Japan were samurai, so it is not surprising to find that not all of the samurai were warriors. They were the upper class in a society represented by the tetragram Shi-no-ko-sho: Warriors, farmers, artisans and tradesmen. They were undoubtedly a military class, but many samurai became renowned as men of letters and the arts. Most of what Europe would call Renaissance men came from samurai families: those skilled with the brush as well as the sword, the flute as well as the bow. With the exception of the court aristocracy, few of those born outside the samurai class could ever aspire to achieve fame or recognition in any area of endeavor. 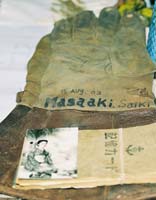 The term samurai comes from the obsolete verb “saburau,” which means “to serve.” Perhaps the greatest warriors in history, the samurai were a product of a social system totally geared towards war. Their way of life was dictated by a code of bushido, and clad in their magnificent, multi-colored armor, they were perfectly suited to the violent clan and dynastic warfare that dominated medieval Japan as the most powerful families vied for supremacy. In addition to the endemic infighting, they defended Japan from a series of external threats, including the previously invincible Mongols. 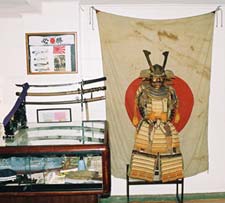